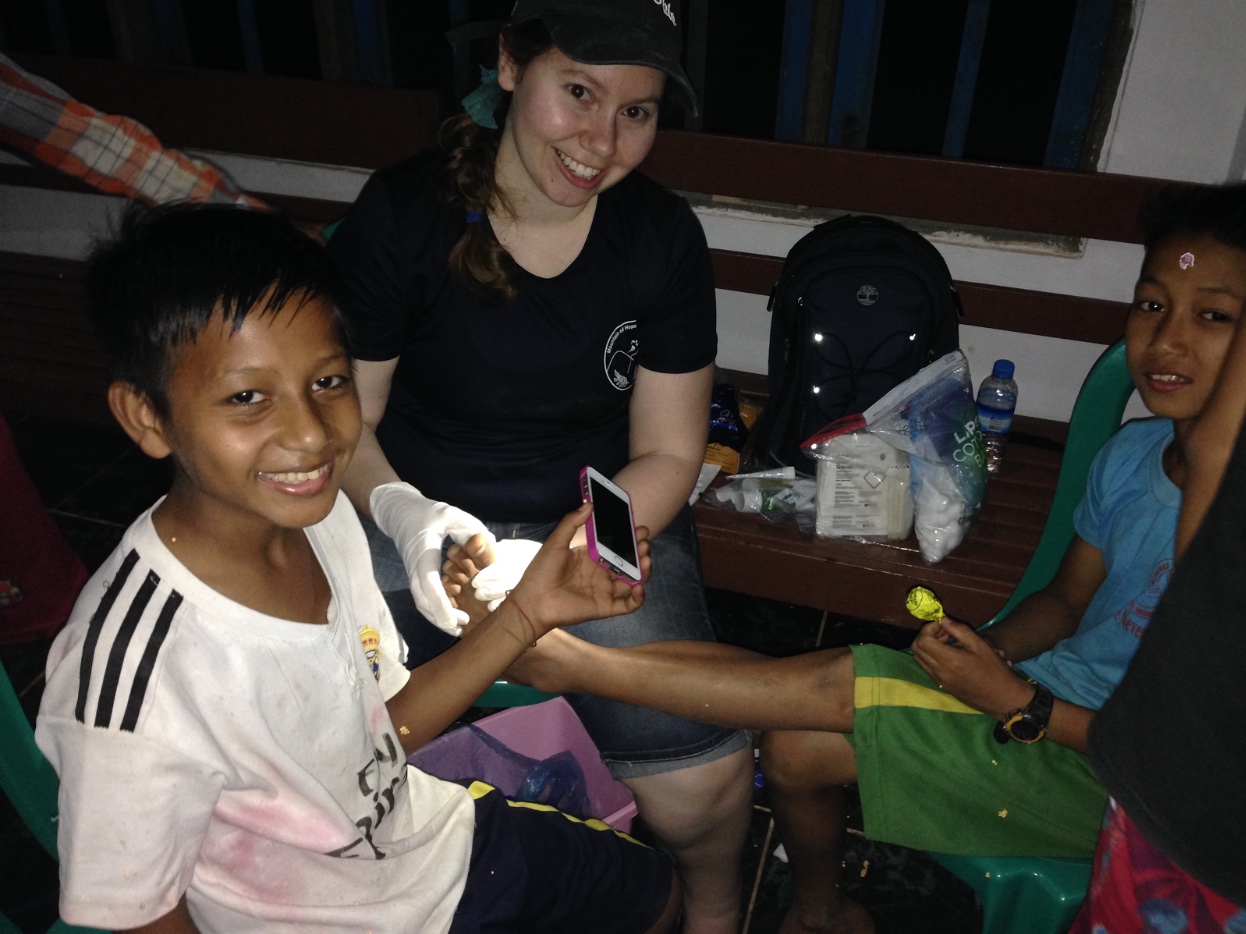 They tell you before you go to Agape Orphanage in Myanmar that one or two of the children there will adopt you for the week. That while all the children will be over the moon excited to see you, one or two will silently declare that you are especially his or hers. So, I knew that it would happen. It just didn’t happen the way I expected.

It started with a small but deep cut on David’s foot. The boys were showing off their soccer skills when David stepped on something and suddenly there was blood. As the nurse on the trip, I was asked to take a look. After some pantomiming, a reluctant David followed me to my medical supplies and a dusty, open room. As I sat down on the floor with his foot propped on my knee and began to work, I heard whispering in Burmese. Most of the whispering kids scampered off as soon as I looked up. But a few stayed including one small, mischievous, dark-eyed boy named Jacob.

The kids came back within minutes, talking louder and towing friends with them. I was engulfed in a small flock of kids shyly showing me fingers and toes. The next few hours passed in blur of bandages and bandaids and shy smiles split open to wide grins. At some point Jacob retrieved an umbrella and moved closer to shade me. I tried to pantomime that it was unnecessary, but Jacob just stepped closer.

Each morning, our team was greeted with hugs and excitement and additionally, I would be treated to a parade of newly-acquired scrapes and bruises. And Jacob was always right there. Eventually, he walked glued to my side and he sat intently next to me while I doctored. Thankfully, few of the kids needed serious medical care. It was obvious that more than anything, they wanted someone to see them, soothe them with a touch, and find joy in their presence. And they are such easy kids to find joy in their presences.

Jacob confused me at first. This hilarious kid who can shoot a rubber band further than anyone I know and who would fall over in laughter at my poor attempts. But also this kid that would sit next to me quietly for hours; our communication limited to gestures and smiles. I was confused by his eager insistence to be my friend. After all, we were only there for a handful of days. But, at the beginning of the week, I didn’t understand how much my heart could love in 7 days.

They don’t tell you when you leave Myanmar, that if you’re me, you’ll cry for 2 hours straight. When you get back, you’ll think about them every day and 3 months later you’ll still be wearing the bracelets they made you. The other day I received a letter from Jacob. I was so excited to write him back and made sure to include a bunch of rubber bands.